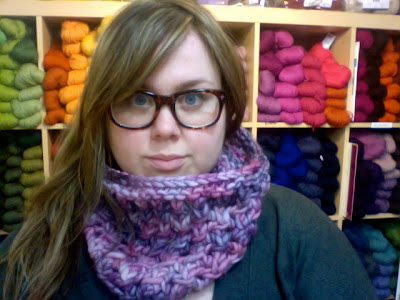 I wanted to combine the stitch from my Cellulose Scarf with a chunky cowl for a quick gift knit. Thus the Cell Cowl was born. Enjoy! 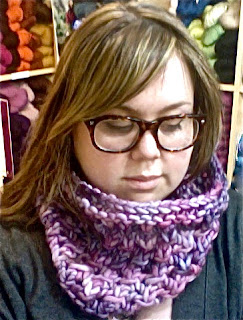 Abbreviations:
K= knit; p= purl; yo= yarn over; slip 1, k2tog, psso= slip 1, knit 2 stitches together, pass the slipped stitched over; sm= slip marker; pm= place marker: unlock marker and place marker in new position as it appears in the row, in this pattern the marker moves over 1 stitch to the left. 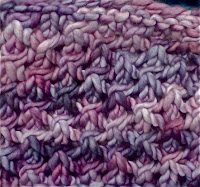 Cast on 56 (112 for long version) sts, join round, insert marker on needle between 1st and last stitch
Purl 1 round

Purl 1 round
Knit 1 round

Cast off loosely. Weave in ends.

The Vancouver Location of the Gina Brown's Yarn Shop.

Kristina
Vancouver, B.C., Canada
I'm the granddaughter of Gina Brown, and have decided to finally take the plunge and open my own location of our family yarn store in Vancouver, with love and invaluable support of my mum, Diana Brown [for Gina Brown's Calgary go to www.ginabrowns.com ]. I am so excited to be running the business I love in the city that has been my home for the past 9 years.